Home » How It Works

It works thanks to kinesiology. It is important to understand that while there are several forms of kinesiology not all of them have the same application. Kinesiology began as the study of the anatomy, physiology, and mechanics of body movement developed by Robert Lovett and Wilhelmina Wright in the 1920s as a medical diagnostic technique. In 1964, George Goodheart, Jr., a chiropractor, discovered applied kinesiology, which is the link between muscle-strength testing and the acupuncture meridian system.

I use a form of applied kinesiology called resonance kinesiology established by Chloe Faith Wordsworth in 1990. Her method accesses the innate wisdom of your body/mind energy field using the natural binary (ON/OFF) muscle response from your autonomic nervous system. It also allows me to quickly and easily identify what is needed in your session, as well as revealing negative beliefs and—like a light switch—flips them from ON to OFF thus engaging the law of attraction to create positive changes in your life.

The following are a few memorable success stories:

After only one session, a man who had been suffering with asthma for 30 years triumphed over a physical ailment by opening a sacred space where he could explore a long-held fear regarding his sexual orientation. For decades the very thought of coming out to his parents was so unbearable it petrified him. As the session progressed, he experienced an emotional shift toward harmony, freedom, and self-esteem. The more he started accepting the truth about himself, the more he became confident and self-expressed. After a sudden realization that his asthma was correlated to his fear, he took a deep, deep breath and has been asthma free ever since! He has gone on to live as an openly gay man, able to love and be loved in a committed relationship with the partner of his dreams.
During one impactful session, a 65-year-old woman wanted to confront the physical abuse perpetrated by her father until he abandoned the family when she was 15. She had recently retired and moved back to her childhood home to care for her elderly mother. She revealed becoming more and more overwhelmed by her repressed rage, blame, and contempt. The session focused on her willingness to forgive and ultimately release her hatred, bitterness, and resentment toward her father. She left the session feeling peaceful, loving, and filled with compassion. Much to her surprise, the following day her estranged father called and—without any resistance on her part—their conversation was miraculous. Even more miraculous was her resolve to never again live as a victim of abuse.
Struggling with one financial challenge after another for most of her adult life, a middle-aged woman wanted to align her frequency with prosperity and abundance. After clearing her multi-generational patterns of scarcity and negative beliefs about wealth, she left the session and drove directly to the nearest casino. No sooner had she started gambling than she hit a jackpot and then another. At the end of the day she had won over $6,000. The best part was that she avoided having to pay the taxes on the total because she had won the money in a series of small, incremental amounts which precluded the casino from having to report her windfall to the IRS. Since her extraordinary stroke of luck, she has been promoted at work, given a commensurate raise, and become debt free.
With a strong desire to participate in the upcoming Senior Olympics triathlon, a 70-year-old gentleman decided that—along with training to enhance his peak performance, improve his core muscle strength, and increase his physical endurance—he would include three sessions to mentally align his intent with his goal. The day of the event arrived and he was fully prepared to compete in the back-to-back open water 400-meter swim, 20K cycling event, and 5K run. All his equipment, gear and energy supplements complied with the triathlon standards. He was ready. Not only did he start the race, he exceeded his own expectations and finished the race in first place. Regardless of his age and doubts about his athletic ability, he was able to release his subconscious blocks, empower himself, and reach his full potential.
Inspire humanity, please share. . . What Would Love Do Right Now?

My #1 bestselling paperback is now available on Amazon as an eBook. It’s the perfect guide to experiencing more love, passion, adventure, and joy as you create your extraordinary life filled with new possibilities beyond what you ever imagined.

Rate and Review this book on:

Submit a Review of this book on: 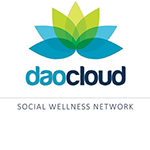